We were filled with excitement when Canon contacted us with the idea to become an official sponsor of Frequency Festival. Because of our close ties with the festival organisers we were the perfect agency to facilitate the sponsor deal and we concepted an awesome activation and sponsor area for Canon to really stand out and make the most of it.

The activation area consisted of three main features: a camera borrowing station, a photo print and post station, and an open air gallery.
- Guests were able to borrow a canon camera for a few hours for absolutely free. A range of really cool cameras were available and a professional team was present to explain all the features and functions. We fought hard for this activation to be accepted and were pleased with the humungous success.
- We provided wifi for guests so that they could print their favourite photos op our own programmed hashtag printer. In addition, photos that were taken with the borrowed cameras could also be printed. All for free of course. As a nice and well used add-on, guests could also opt to print their favourite photo on postcard paper and immediately mail this by inserting it in an on-site postbox that we built.
- Another really nice feature was the open air gallery, where winning photos of an existing nationwide photo contest were displayed on awesome outdoor displays.

Besides all of the above, we also built a relax area to take a break after an extensive photo-tour and we built a VIP lounge on top of one of the containers for exclusive Canon guests. We also programmed a live feed of all the Canon hashtagged photos and displayed these on a large screen. 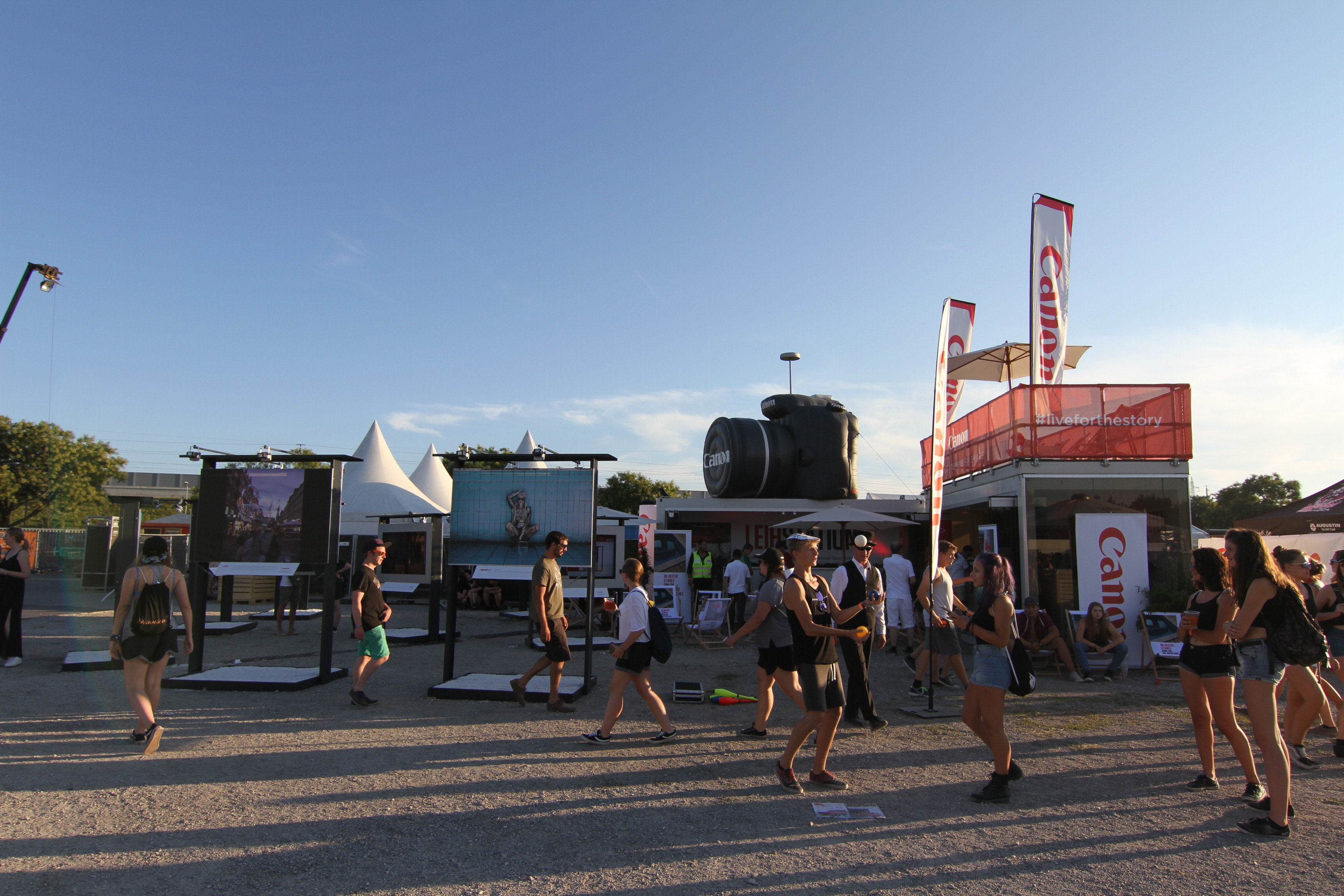 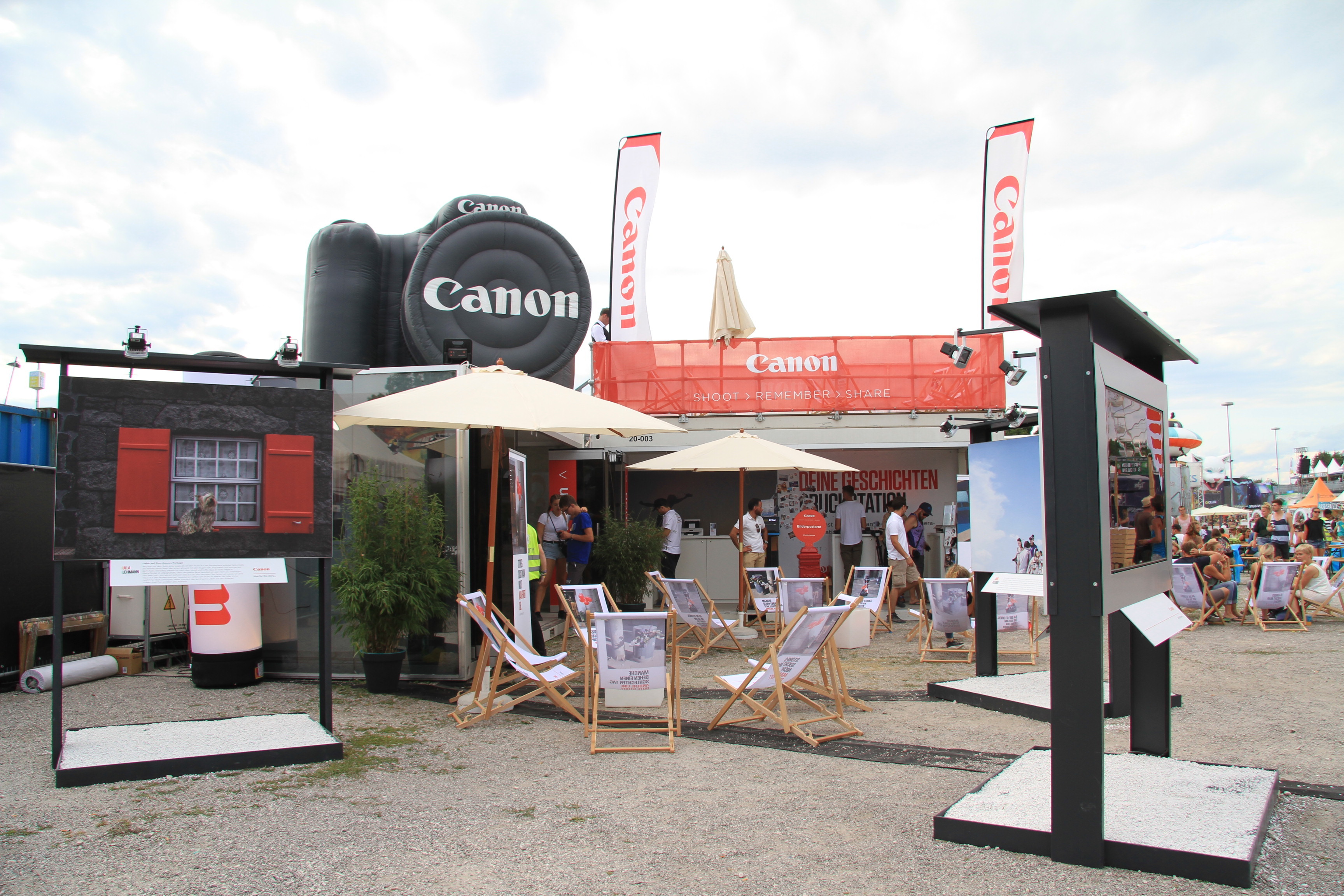 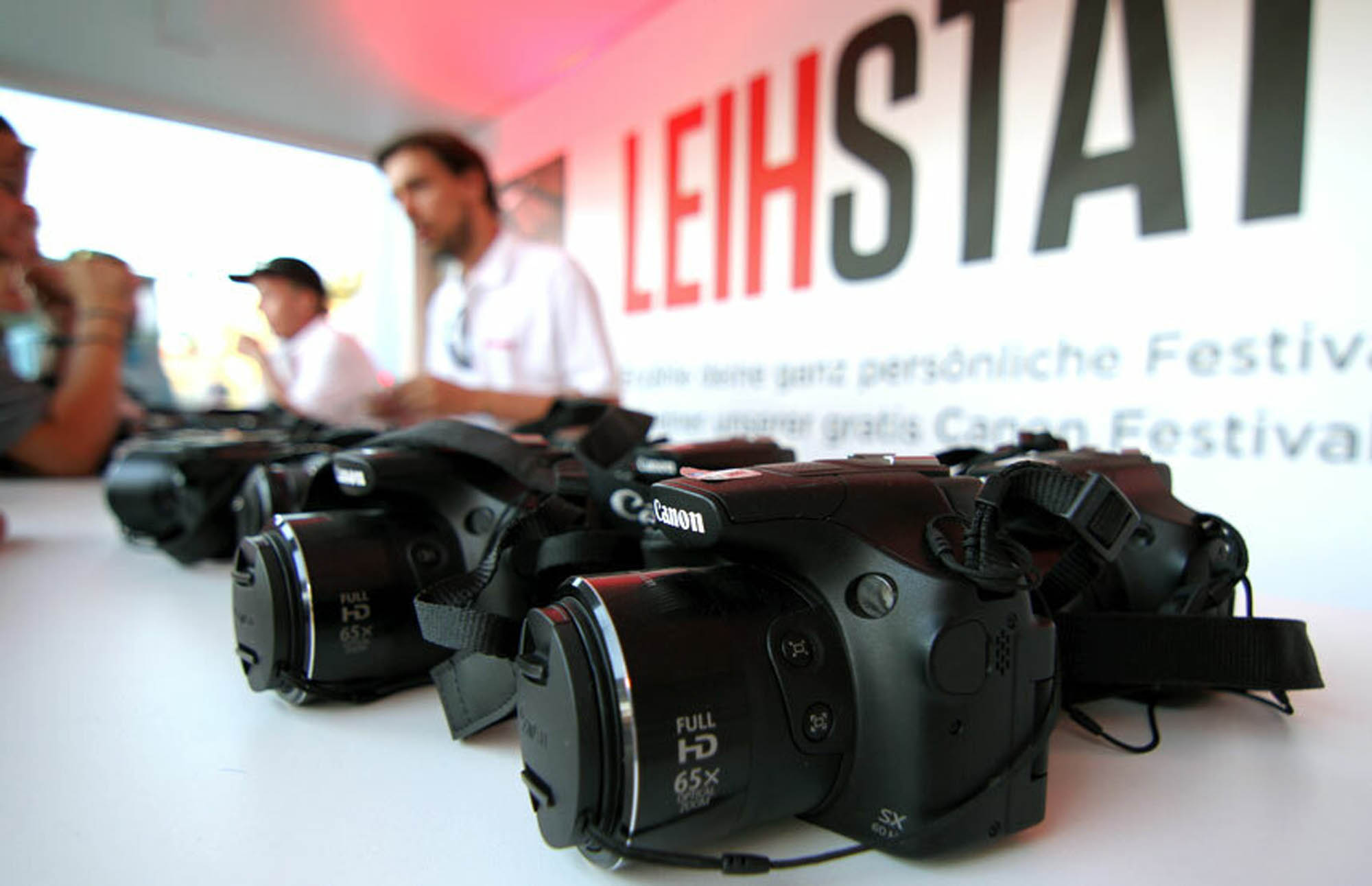