In 2016 we designed a 250m2 festival sponsor activation area for one of our clients that had “city” as its theme. We incorporated numerous city elements such as traffic lights (rebuilt into dance lights that became a focal point of an on-site activation), traffic signs and a zebra crossing. We had a karaoke activation inside a real New York taxi that was streamed on a large 15m2 screen. We also had Beatboxer Fii provide entertainment. Of course we also built a bar and had a DJ booth built into sea containers and had a roof terrace for special guests. This area was built up exclusively at Electric Love Festival. 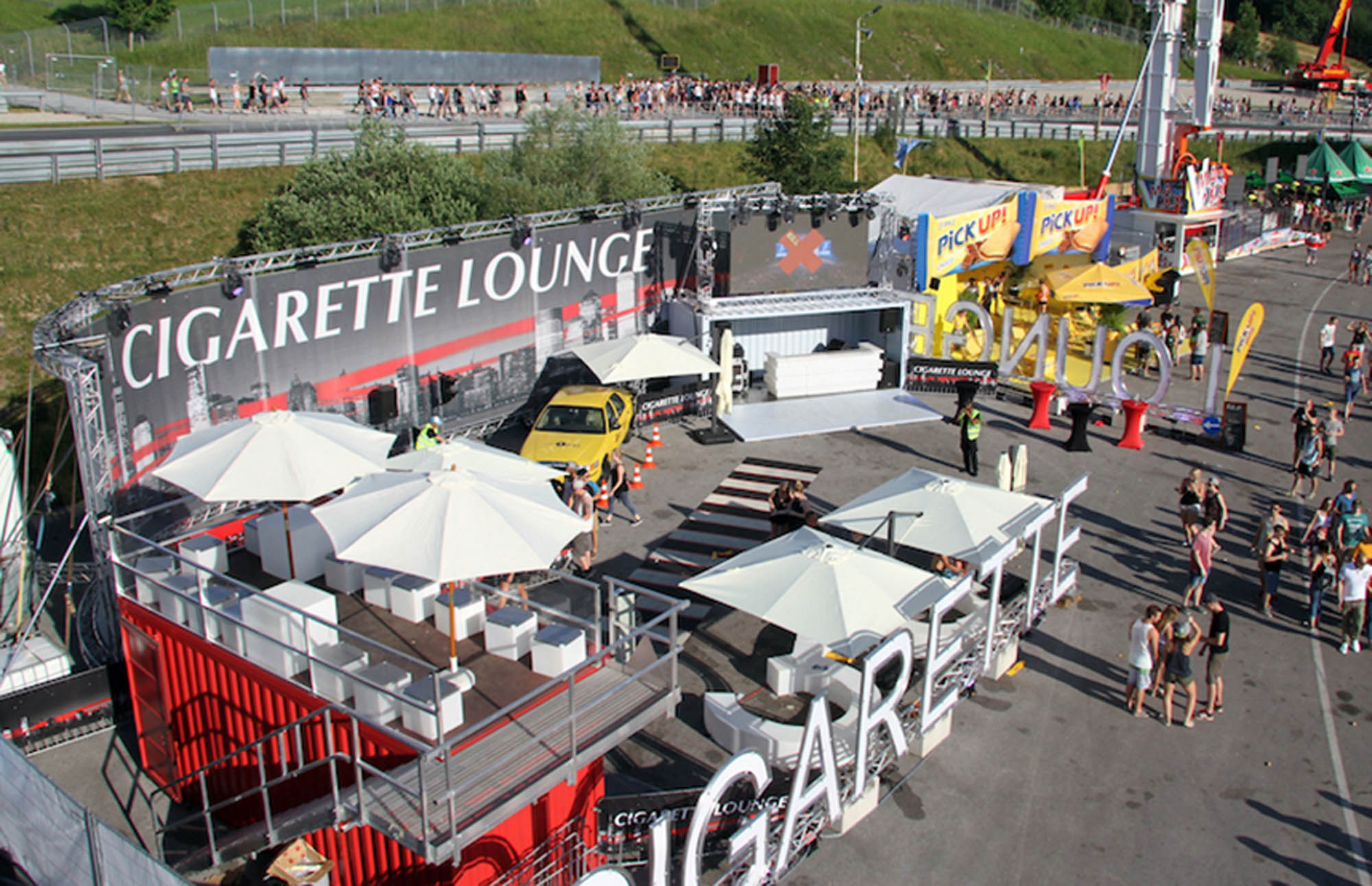 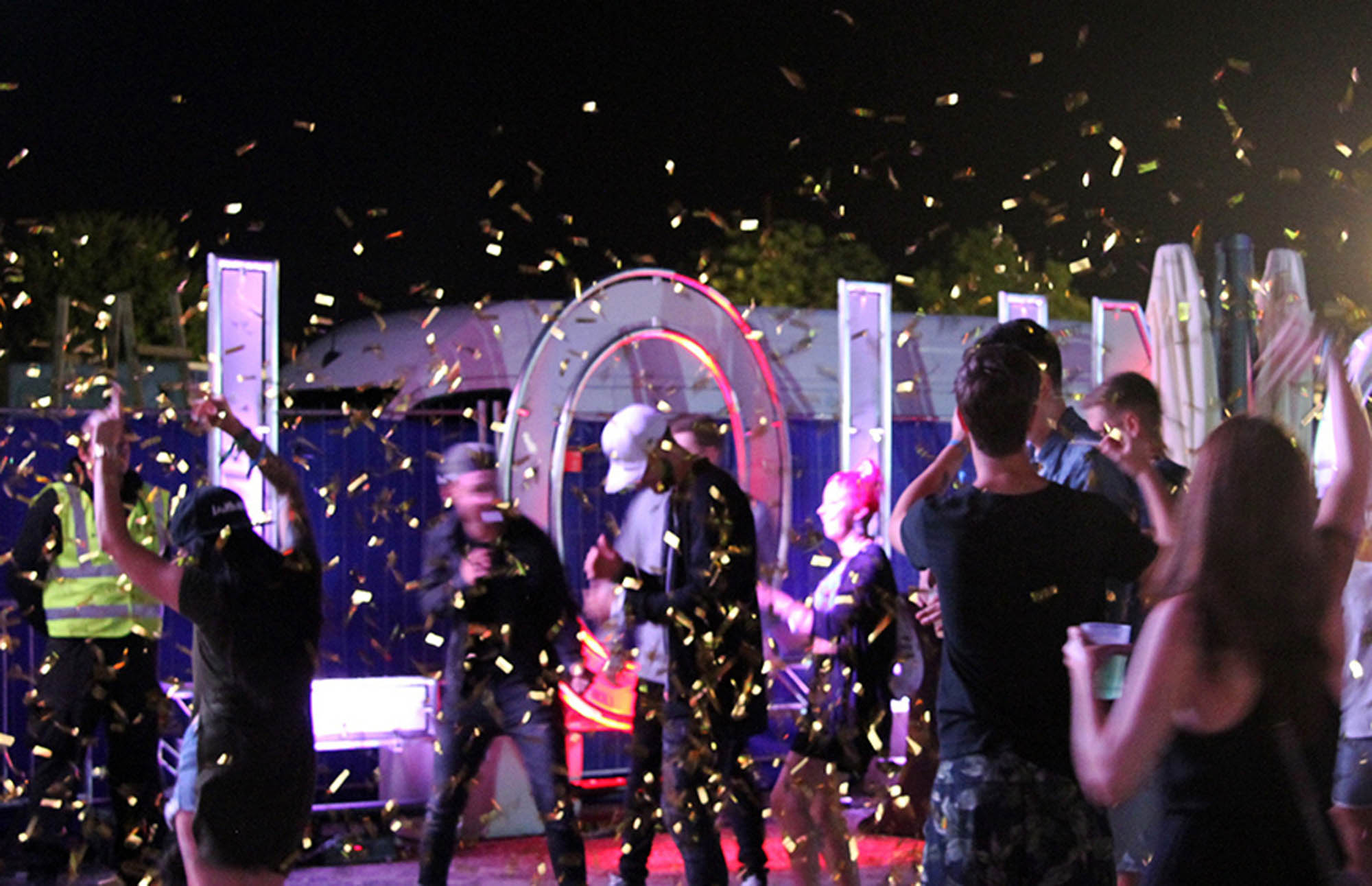 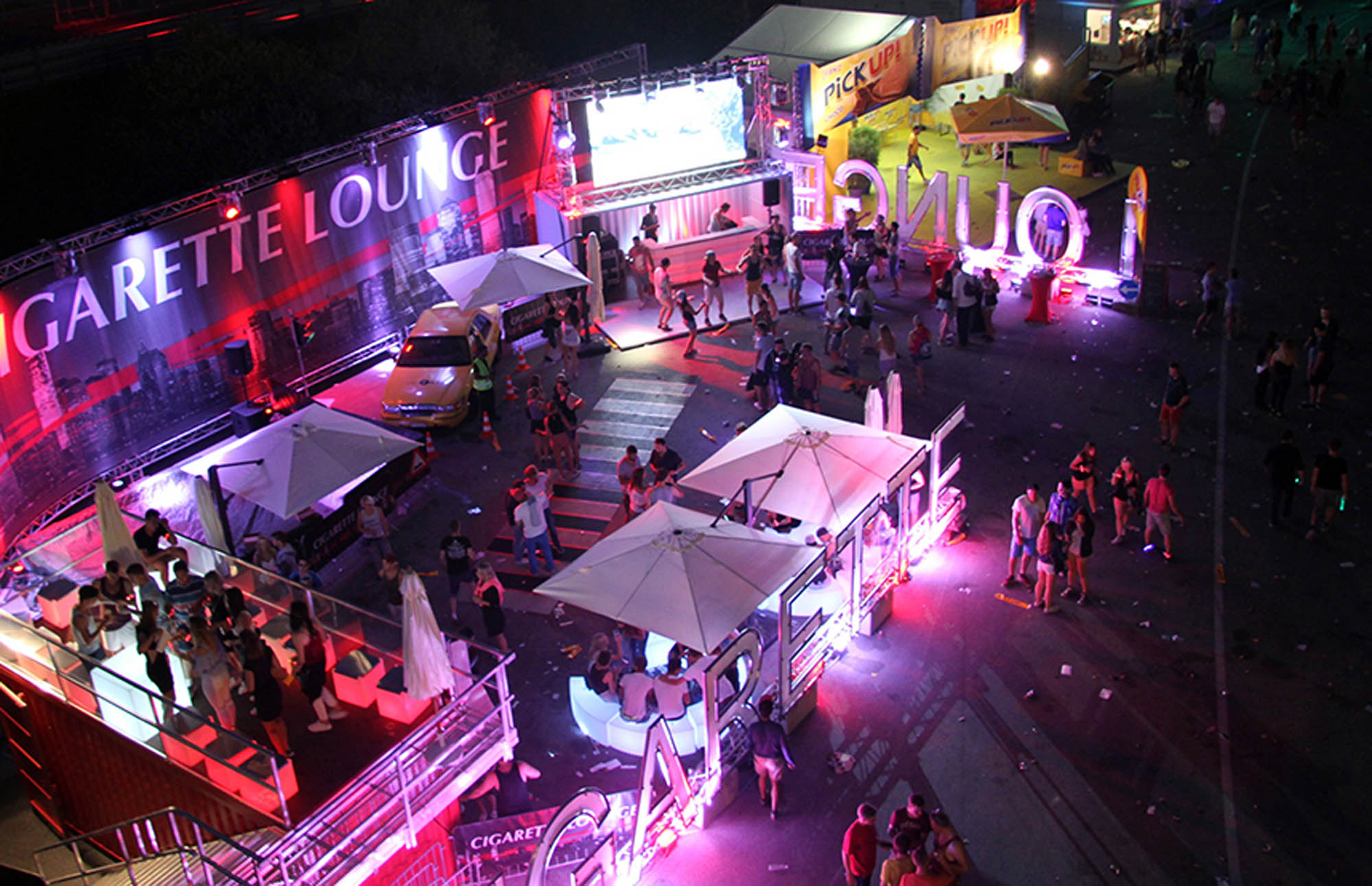