2019 was the third year that we built and managed the Iconic Lounge at Nova Rock Festival and Frequency Festival. We concepted and the designed the Iconic Lounge in 2017 and have been making slight alterations to the build-up ever since (such as having custom made concrete weights produced that could be hidden out of sight underneath the platform).

The Iconic Lounge itself consisted of 2 cubes (one 8x8x8 meters, and the other 6x6x6 meters) and a lounge area in between. This year we decided to also raise the lounge area in order to create a cleaner look. The cubes had been concepted to ensure maximum visibility, be an open airy inviting space, and include easily transformable usage spaces. We added a 8 x 2 meter LED wall on the large cube instead of installing the LED wall inside the cube as we had done in previous years. As in previous years, the small cube included a large 6 meter bar and the large cube was used as a karaoke entertainment area, a body paint area, and in the evening it was transformed into a high end party area with live DJs.

Along with the iconic lounge we also built a sales area on the campsite with a 6 x 6 meter branded tower and an Airstream. As decoration, we built oversized music icons, including a 5 meter high guitar. We also adorned all areas with fancy neon signs and as every year, we had the two can coolers turning warm canned drinks into ice cold ones within 60 seconds. 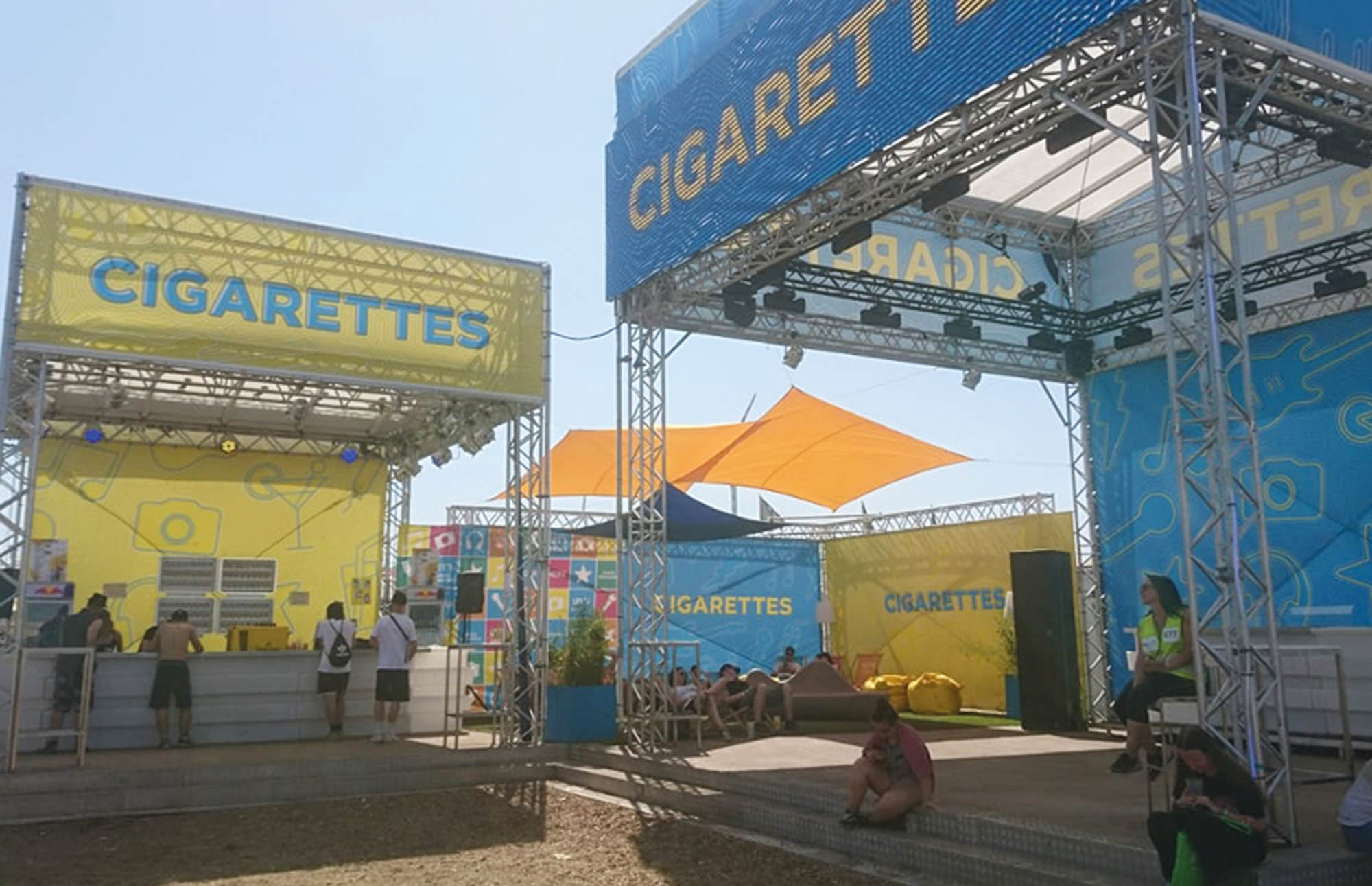 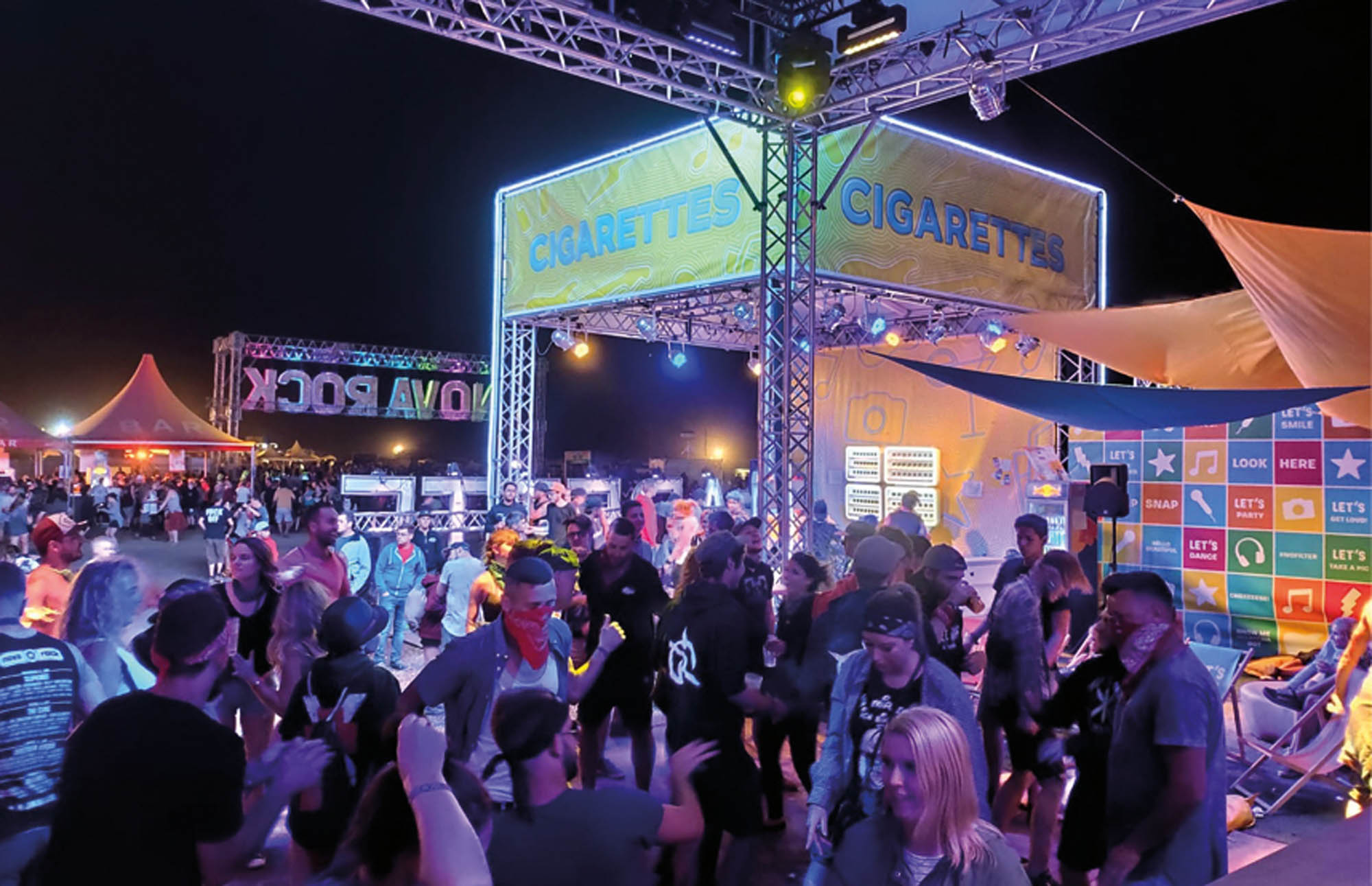 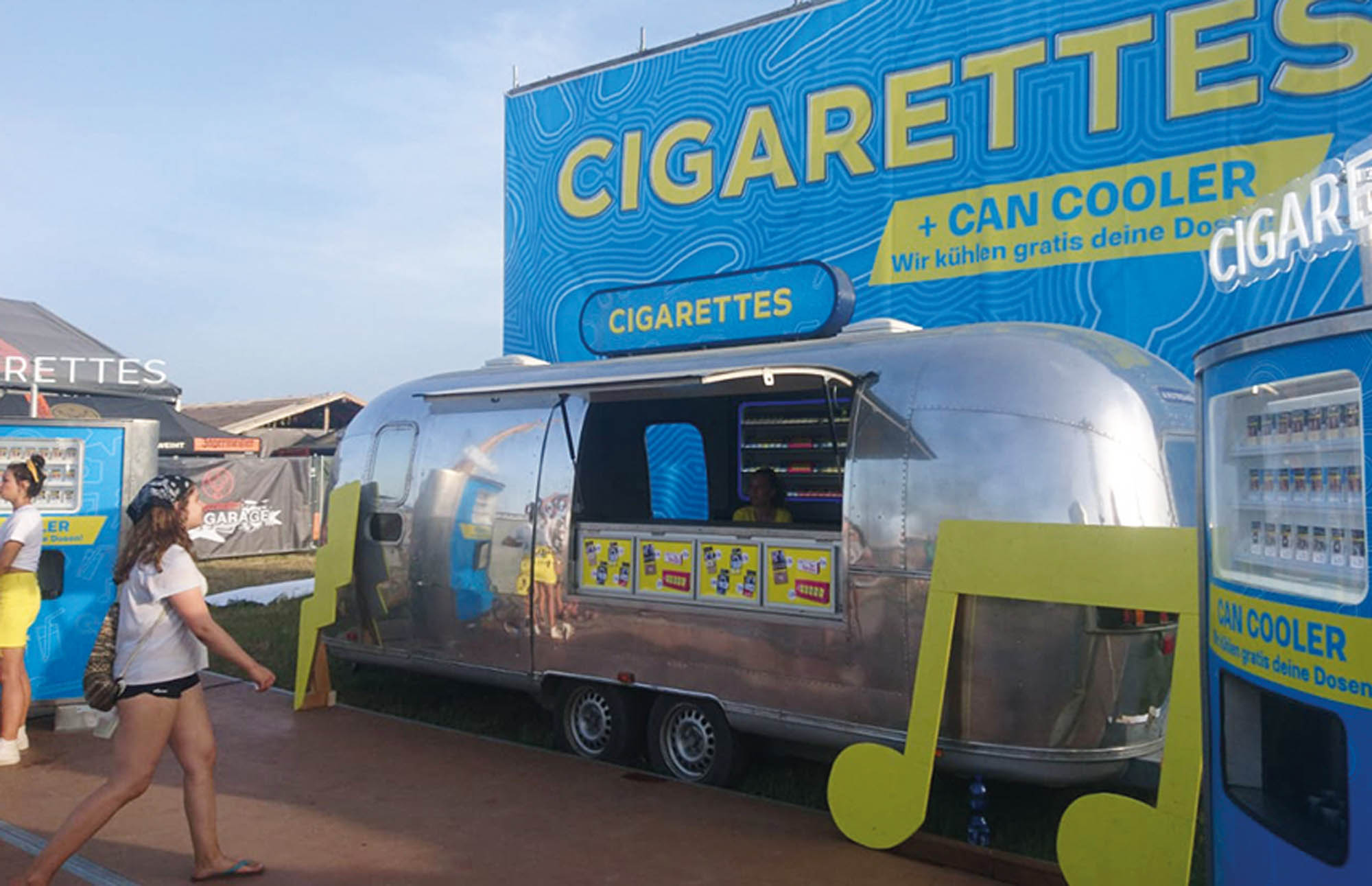