The Jack Daniel's brand fits perfectly at Nova Rock Festival. After many years of on-site absence, Jack Daniel's decided to return with a brand area in 2019 and contracted us to design and build it. We aimed to represent the down to earth and long standing history of Jack Daniel's by creating an area that had the look and feel of old Tennessee. We built the facade out of real wood and real barrels to convey authenticity. The highlight of the area was a custom built Jack Daniel's bar along with a plethora of games, activities, and seating areas:

- A team of promoters welcomed the festival guests with a shot of Jack Daniel's Tennessee Honey Whiskey and the festival entrance.

- We designed and built a special augmented reality photo booth for where guests had their picture taken and a face recognition software placed Jack's hat and moustache right where it belongs.

- We re-built and programmed Jack Daniel's safe, so that guests could try their luck with thousands of numbered codes that had been handed out by promoters. Winning codes opened the safe and resulted in winning a range of awesome branded Jack Daniel's gifts. 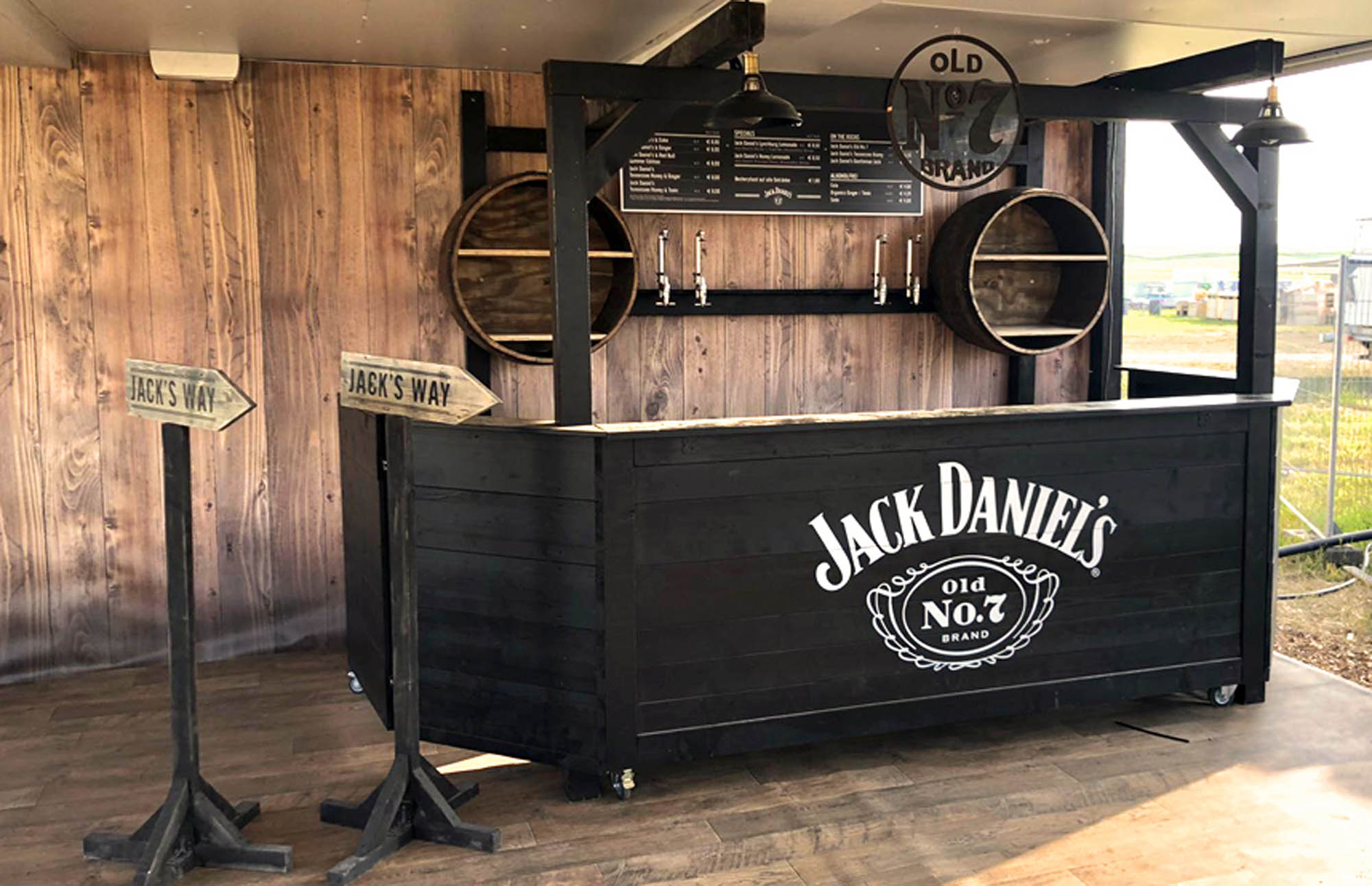 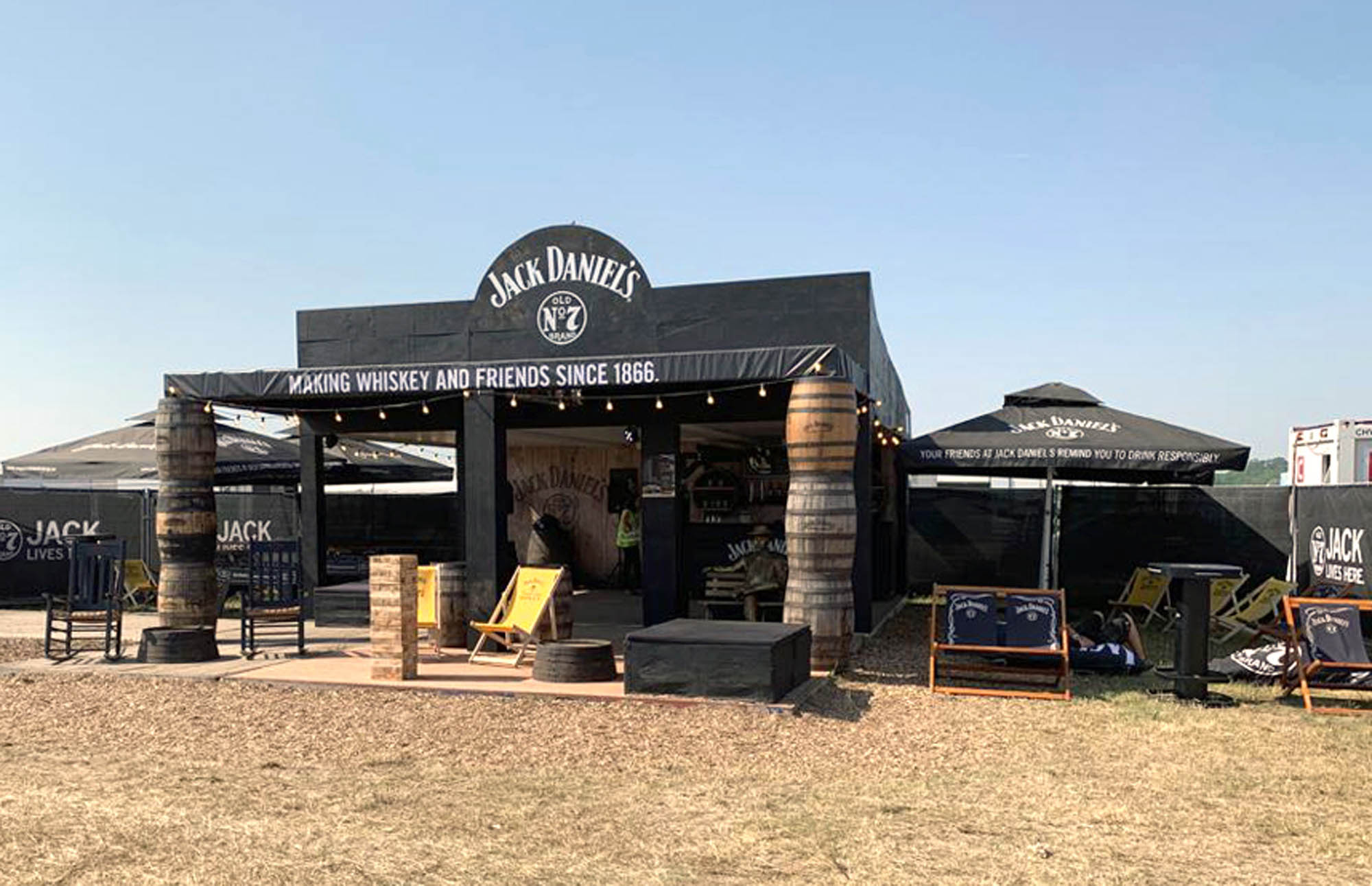